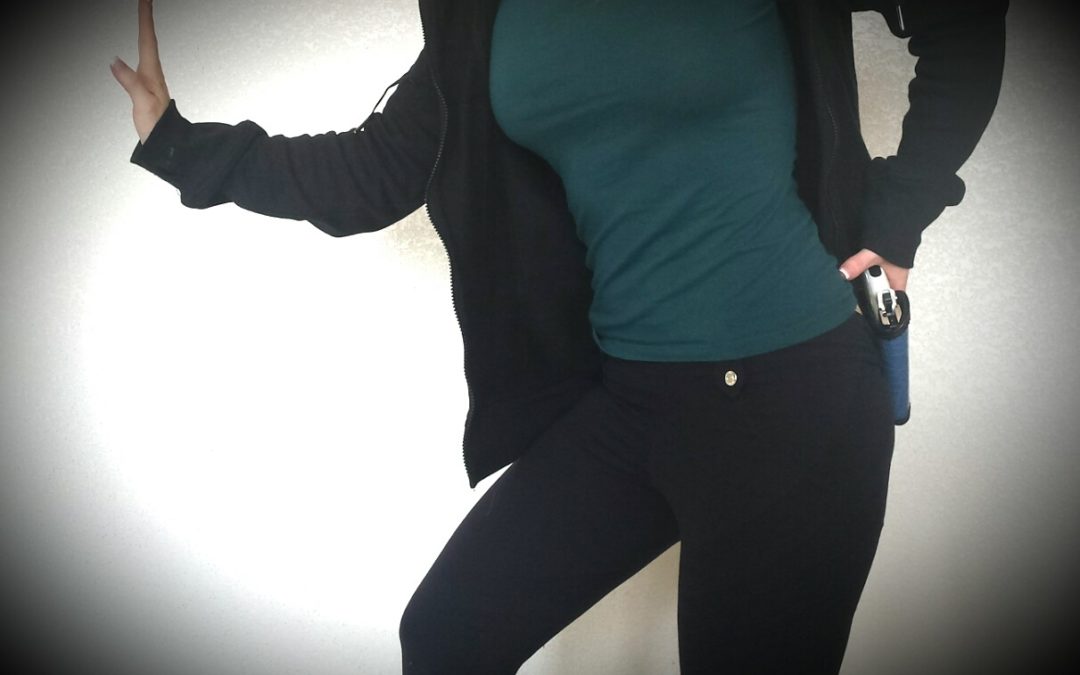 Many years ago, I was leaving my local mall after dark.  I was bartending at a popular family entertainment venue in the mall, saving money to start this business with my husband. It was just before Christmas, and I was doing some shopping after a shift. I lost track of time, and by the time I made my way to the exit the parking lot was dark and nearly empty.  My car was parked way at the back, as the parking lot had been jam packed when I began my shopping journey, and there were a few other vehicles scattered along the way.

There was also a very small truck, not parked in a lane but up against the door as I made my exit.  The lights were on, and I gave the truck a glance and a large amount of space on my way past.  The lights on the truck shut off and I heard the sound of tires.  I knew the truck was behind me, and turned around to give the driver my meanest “I can SEE you” look with my hands on my hips.  The truck stopped, and I kept moving, only to hear the sound of tires again behind me.  This time the truck flashed his lights at me as he moved.  I turned around again with an even meaner look and scolded the truck like it was a puppy that had just chewed up my best heels.

“Back off!” I yelled while pointing with all the indignation I had in me.

(I like to imagine I’m much scarier than I probably am.)

After a few moments passed with the truck and I staring each other down, I turned and began to walk again.

This time, the truck screeched into motion, swerved around me and turned sideways, blocking the street with the drivers-side door facing me.

I knew this had progressed from a possible prankster or bully to a really dangerous situation.  The whole event took place in less than 5 minutes, but it was an event I had mentally prepared myself for many times during my several years of night shift bartending.  I think that was the key to being able to keep my wits about me, I had seen this situation play itself out many times in my mind and thought hard about how I would handle it.

The door opened, and a man jumped out.  He rushed towards me, and for whatever reason I decided to give him one last chance to leave me alone.  I made an overly dramatic reach behind my back, clearing my jacket in a large sweeping motion as if I were reaching for a firearm.  I don’t care for appendix carry, and that’s not even where my firearm was concealed, but for some reason in my mind that was what I thought would be the most recognizable “I’m reaching for a gun” motion.  I knew if that didn’t scare him, I still had time to draw my firearm and defend myself, but I was really hoping I wouldn’t have to.

Luckily for me (or really, for him) it worked.  He threw his hands up and backed away in what seemed like genuine terror, jumped back into his truck and burned rubber.

Let me just say, I’m not writing this article under the assumption that this would work every time against every would-be bad guy.  However, I was hoping that the kind of man who waits in dark parking lots for women was also the kind of coward who wouldn’t stand up well to the threat of harm.  I carry a firearm to defend my life and the lives of my family fully prepared to use it if the need arose, but I also would prefer NOT to.  The moral to this story is preparation.  I was at the end of an exhaustive work week, fighting through shopping crowds on little sleep and at my wits end after dealing with the mayhem.  If I had not prepared myself for a situation like this, I’m not sure it would have ended as well as it did.  In this situation, I only had to INSINUATE that I had a gun, and this man turned and ran.

When I made the decision to carry a gun, I also made the decision to learn how to do it right.  I make a point to take myself to the range, to train in different lighting and stress conditions, and to mentally prepare myself for whatever may present itself.  It may seem like a lot of work for anyone who doesn’t do this, but I’ll tell you honestly, it’s not.  When you purchase a firearm, that shouldn’t be the last step in learning how to defend your life.  The purchase is only the beginning.  Next comes learning and training.  Educate yourself on your purchase, and think about what you would do in a dangerous situation.

This doesn’t mean fretting and worrying over things that haven’t happened yet.  It means having a realistic grasp of your surroundings and a real plan for how to remove yourself from danger if you find yourself in harm’s way.  Maybe that means fighting.  Maybe it doesn’t.  Training yourself also doesn’t need to be expensive or overly time consuming.  A trip the range a few times a month and asking for help from a knowledgeable friend can be fun and rewarding. Not to mention, it’s a stress release in itself to burn a little lead and blow holes in a target. The training that comes with it is just icing.

In the end, little ol’ me scared off the boogie man with nothing more than a simple motion, and a little stubbornness.  I was tired, and this guy wasn’t about to stand in the way of a good night’s sleep.  He turned and ran from all 4 feet 11 inches of my big bad self, and all I had to do was stand my ground.

If I can do it, believe me, so can you. Although I genuinely hope you never have to.

Find the right firearm for you with our helpful team of experts: